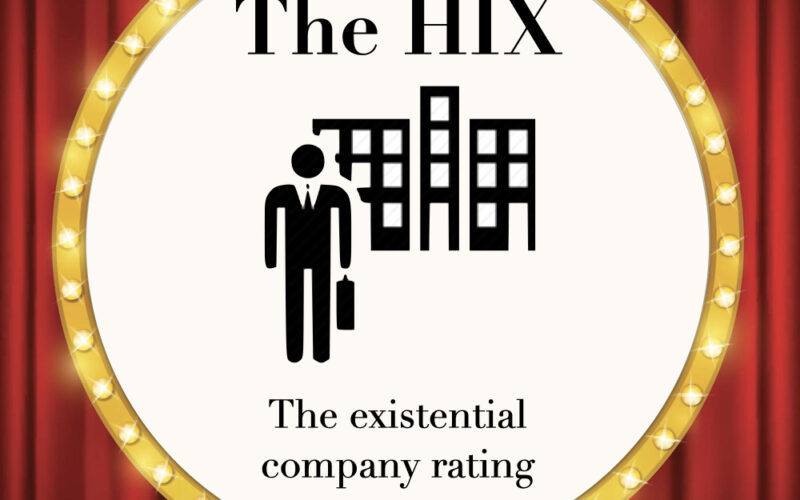 Shave your feet and primp yourself into proper mating condition

The traditional view of the employer/employee relationship has historically been a binary.

As soon as you start use those kinds of terms, the power dynamic establishes, where one person has control over the other.

No wonder people are so cynical about organizations. Myself included.

My friend used to work for a pharmaceutical chain, and here’s how he described his years of experience there:

Working here is a continuous cycle in which one would think the organization would reconsider their work model, but they just keep on treating employees horrible, because they know there will be another innocent person looking for a job and fall into the slave trap, and work until the company burns them out and they leave.

Man, I’m not cosigning her jaundiced view of work, but I do understand where they’re coming from.

Maybe what we need is a new public rating system. Some kind of formal quantification of organizational humanity based on the philosophical tenets of human wellbeing.

Because as of right now, there are several review websites where current and former employees can anonymously review companies.

I appreciate that the averages are alongside the reviews people made of the management and culture of the companies they worked for.

I appreciate knowing what scores each company receives on categories like diversity and inclusion, work life balance, compensation and executive approval.

But frankly, what I’m most interested in knowing is how human these organizations are. That’s why my logo above has a typo 😉

Where’s the rating system for that? How can we help job seekers make more existentially informed decisions about which companies to spend a third of their lives?

My idea is to take the finest document written in the past century, the universal declaration of human rights, and reverse engineer its framework into a software product that collects and correlates the ratings of companies by employees.

Now, if you’re not familiar with this project, the declaration consists of thirty articles detailing an individual’s basic rights and fundamental freedoms and affirming their universal character as inherent, inalienable, and applicable to all human beings. Roosevelt’s first lady initially created it after the great war.

Which is no surprise, from a timing standpoint. But it’s considered to be a milestone document for its universalist language, as it makes no reference to any one particular culture, political system, or religion.

My plan is to leverage algorithms to corporatize it for the betterment of the modern workforce. We’ll call it the human index, or The HIX for branding purposes. Let’s delve into several key articles through the lens of the employer/employee relationship.

Article four states nobody shall be held in slavery or servitude, and slavery and the slave trade shall be prohibited in all their forms.

We’ll quantify that principle by the amount of breaks people are taking each day. If your company insists that you spend eleven consecutive hours in front of a screen until you get blurred vision, burning eyes, headaches and disrupted sleep, then your HIX plummets.

Article five says no one shall be subjected to torture or to cruel, inhuman or degrading treatment or punishment.

This means if your staff is working their fingers to the bone without seeing their families or friends for months at a time, once again, the HIX score decreases significantly.

However, if you adhere to article twelve by practicing nobody at your company ever having to share another piece of personal information about their private life again, your HIX skyrockets.

Congrats on being human!

Another piece of the declaration I love is article sixteen, which says everyone over the legal age has the right to marry and to found a family.

How are we going to quantify this universal human right in the workplace? Simple. If you have a date during the week, human resources officially grants you HIX permission to leave the office two hours hour early to fix your hair, shave your feet and primp yourself into proper mating condition to increase the statistical likelihood of falling in love. Go get em, tiger.

For a final article that factors into my HIX rating system, let’s talk a little politics.

The universal declaration states that everyone has the right to freedom of peaceful assembly and association.

Cool. Now here’s the catch. If your company is willing to instate a policy forbidding any and all societal and political discussions via email and internal forms for the purposes of eliminating contentious distractions, your HIX score immediately skyrockets to the ninetieth percentile.

Now, this may seem counterintuitive, but it’s not about restricting people’s freedom of expression. It’s about loving your employees enough to keep them protected from the toxicity of talking about our shamefully racist society fueled by crass consumerism, narcissism and petty tribalism that has been circling the drain since the eighties.

Wow, can you imagine what would happen if we held organizations accountable to that standard of employee experience?

HIX’s formal quantification of organizational humanity based on the key tenets of human wellbeing could transform the modern workforce.

Michelin did the same for restaurants, and now it’s time to take that classification and apply to where it’s most needed.

Your employees almost won’t know how to react when they are treated like human beings with ideas and feelings and dreams.

What’s the most inhuman organization you ever worked for? 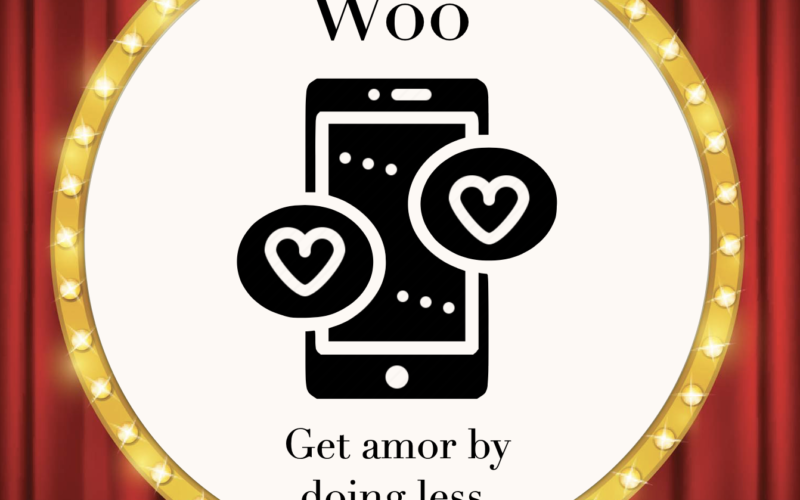 Let love find you when you least expect it to 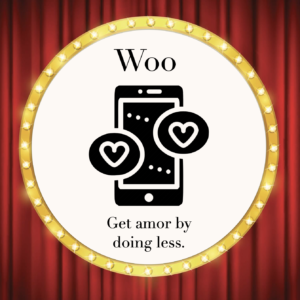 My friend has been single for way longer than he’d like.

And between you and me and the internet, the guy is a catch.

Funny, smart, energetic, nice looking, what’s not to like?

But the other day he was complaining to me about how abysmal the dating scene is.

“It’s like the harder you try to put yourself out there, the worse your dates turn out.”

We even joked that he could probably save thousands of dollars and tons of frustration by going cold turkey on all romantic activity for the next six months, and then ironically, that’s exactly when the right woman would come into his life.

Don’t seek and you shall find, right?

But then again, maybe he’s onto something here.

Thoreau famously noted that happiness was like a butterfly, the more you chase it, the more it will elude you. But if you turn your attention to other things, it will come and sit softly on your shoulder.

Who’s to say love doesn’t work the same way? If you asked ten of your most frustrated, single friends, they’d all confirm that the more they chase love, the more it eludes them.

And so, maybe what hopeless romantics need is a more official way to stop looking.

That brings me to my newest invention.

Woo is an omni device application blocker that restricts all dating apps, social networks and other programs you might be tempted to use to find love.

With the flip of a switch, you can get on with your life and let love find you when you least expect it to.

Woo helps you get amor by doing less.

Here’s why this new software product will become successful.

Because it will free up single people’s schedules to start working on what’s most important, which is learning to love themselves. Instead of going on expensive, time consuming dates with losers, they can start living the life they want, becoming the most authentic version of who they are.

And by spending their time painting a portrait of being alone that’s beautiful, they’ll be in a better position to love others and attract the very partner they deserve.