Let’s all go to the lobbyist, and have ourselves a smack 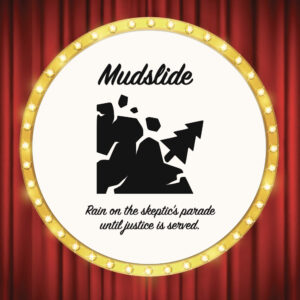 There’s a cool study on road rage and the feelings of revenge inherent in deviant drivers.

Their research finds that many people consider it a disgrace to not seek revenge. For some, there is the assumption that vengeance is this primitive moral right of human beings.

If suffering parties don’t take initiative in redressing their grievances, nobody else will.

That’s why, if a slow moving truck occupies the left lane on the highway, people feel totally justified making excessive eye contact, cursing them out, flipping them off, honking their horn for thirty straight seconds, throwing garbage at their windshield, and then tailgating them until they finally move or crash into their bumper and get the message.

Nobody makes me late for work. That jerk is gonna pay. He’ll get what he deserves.

Does that kind of road rage ever get the best of you? Do you ever feel the need to deal with those slights by hoping and planning for harm to befall the person that wronged you?

You’re not alone in your anger. The desire for revenge is easy to relate to since it appeals to our innate sense of equity.

Coben summarizes it best in his bestselling detective novel:

Revenge is not about vengeance, it’s about equilibrium. It’s about man’s basic need to keep the scales balanced.

Indeed, that sense of karmic justice we were taught to believe in as kids, reinforced by all those bloody westerns, mobster movies, there’s a certain nobility we’ve come to expect is attached to vengeance.

We are the agents of justice. Those who hurt us must be held accountable for their sins. We out for blood and won’t rest until we’re finished plotting how to take sweet revenge on the rat bastards that never should have crossed us.

Now, I wouldn’t call myself a particularly vengeful person, but admittedly, it’s kind of fun to think about.

One of the ideas that I’m especially proud of is a professional revenge service for environmental deniers.

Since our government won’t acknowledge climate change, we as responsible citizens of this planet must do our part to combat, and ultimately end this potential global threat.

Mudslide will be a private surveillance firm that investigates, tracks and sabotages the family vacations of climate denying government officials. Our team of experts will stage real mass scale weather events in any location to traumatize global warming skeptics into changing their vote.

Now instead of sitting around and seething about how our planet has been wronged by greedy politicians, we can finally take revenge on corporate polluters once and for all.

You can almost hear the theme song being played.

Mudslide will rain on the skeptic’s parade until justice is served.

You can’t tell me that doesn’t sound at least a little satisfying.